Fate Stay Night is not my first visual novel that I read. I initially follow the story from the very first adaption of anime Fate Stay Night. The premise of Fate Stay Night is a battle royale between mage, who can use magic obviously and summon a heroic spirit in favor of the Holy Grail. The Grail itself is an ultimate prize that will fulfill the champion’s wishes, whether it is for the benefit of people or the selfish act. The basic of the visual novel is the direction of the story could be change based on player choice as the main character, so the story itself divided into three main routes. The player’s favor to one of the main heroine will determine the paths of the story. 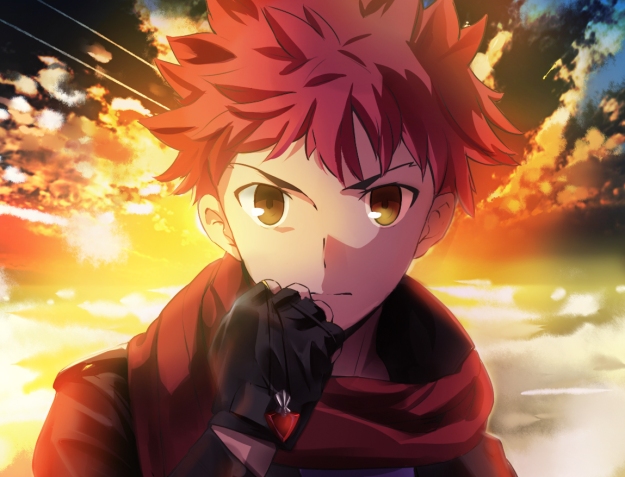 Putting aside inherent unnecessary elements in the story, like sexual innuendo and complicated magic mechanism that most of the time contradicts itself, I see Fate Series as Emiya Shirou (the main character) journey to realize his ideals as Hero of Justice. In practical explanation, he wants to protect as many people as the hero that Emiya Kiritsugu, his stepfather, portrayed in his childhood.

Fate Stay Night is the first route. As a player, you can walk this path if you put favor to Saber, Shirou’s servant. Saber is the heroic spirit of Arthur (in girl version for the sake of marketing, I guess), who had a dream to reclaim her kingdom from failing with Holy Grail later on. In the finale, Shirou fulfills his idealistic way to save everyone in the city by making Saber yield for her false dream and destroying the Holy Grail because it was revealed that the Grail is a source of chaos and destruction. The battle royale consequently ended, and the heroic spirit, including Saber, disappear. If you can endure your main character being a boy scout all the time, perhaps you will like this part of Shirou’s journey.

The second route is Fate Unlimited Blade Works. You can choose this alternative story if you pick Tohsaka Rin as a love interest. Rin is a successor of the Tohsaka mage family, who has the excellent capability as magician and master to win the Holy Grail. Her servant is Archers class, which had a mischievous personality toward Shirou, but helpful when a threat comes to Rin. From Shirou’s perspective, Rin is someone who not only he admires as a woman but also he needed for support in every battle royale for Holy Grail. Shirou in this route challenged by Archer, who is the heroic spirit that created by Shirou idealism that corrupted by pessimism and harsh reality. Storywise, Archer, lost by Shirou, and his virtue gets corrected by Shirou. The battle royale ended with the death of Gilgamesh by Shirou and the destruction of the Grail by Rin. Shirou maybe becomes that Hero of Justice like the previous route, but his interaction with Archer could be entertaining if you take it as Shirou, who faces his dark side of his principle. There’s also Shirou’s relationship with Rin, which could be exciting to see because they had opposite mindsets but completing each other. 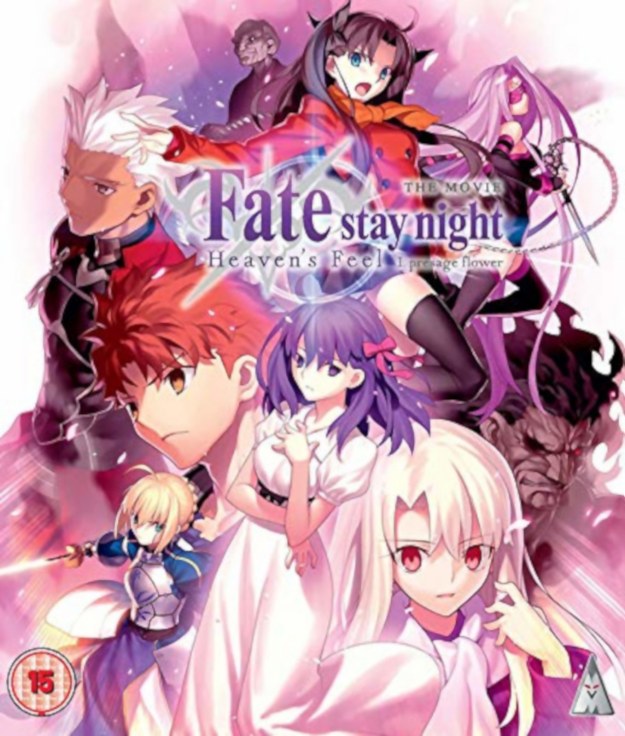 Fate: Heavens Feel is the final route that unlocked after the player finished Fate: Stay Night and Fate: Unlimited Blade Works. There’s no significant change in the world-building, magic system, and battle royale rule. The notable thing that differs this route from others is the darkness from The Holy Grail takes the initiative lurking to eat innocent people, even the Servants. The darkness itself chooses Sakura, which would be the woman that Shirou pick as a love interest in this route, as their host. If Saber and Rin introduced as strong, independent, confident, and brilliant women in the previous route, Sakura is the opposite of all of it. Sakura was a victim of the evil of the Matou family. She constantly hurt and raped to increase her magical circuit, which becomes too large, so the Darkness of Holy Grail want her. Despite her suffering, she fights for her own freedom even she know her hope is crumbling before her eyes. Shirou is her hope. She moves without any thinking to know of Shirou, even though her approach at first seems forceful, awkward, and strange. Later on, Shirou fall in love with Sakura, which becomes the root of the conflict in Fate: Heaven Feels route because that means Shirou falls to the primary source of evil that becomes a threat to every city and his virtue. If he insists on protecting Sakura, the town, even he and Sakura itself, could be destroyed because of The Darkness of The Grail. While in the previous route you can see the interaction between Shirou and Saber or Shirou and Rin looks exciting, in this route, Shirou and Sakura feel more grounded. Shirou indeed takes all the risk for the sake of the city because of his idealism of Hero of The Justice at first, but things get complicated when he wants Sakura alive. In this route, you can see Shirou throw away his virtue for the sake of Sakura, and that’s, at least for me, is a more realistic way to portray Shirou as human. The final battle became more interesting because Shirou fights Saber, Kirei, and Sakura, who get corrupted by the darkness of the Grail. It is obvious that Shirou will win in the end eventually. Still, at least I appreciate the execution, for the example, the way Shirou to decide fights his ideals to save Sakura, Shirou realization that he is only an ordinary human that can not and should not protect everyone over his limited power. Sakura also presented as a mere woman who wants to normalize her cruel life with Shirou without being vengeful over her traumatic past. Shirou and Sakura forced to face their past so they can move to their grounded and realistic future, which may entirely not for the good of all people, but primarily suitable for facing their darkness.